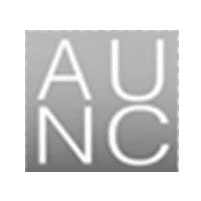 Prostate cancer may be the most common form of men’s cancer in the United States, but when detected early and properly treated, it has a 99% five-year survival rate. The experienced physicians at Associated Urologists of North Carolina provide prostate cancer screenings and comprehensive treatment solutions at their seven locations in Apex, Cary, Clayton, Clinton, Dunn, Raleigh, and Wake Forest, North Carolina. They’re passionate about finding effective solutions for preventing and treating prostate cancer, and they sponsor the annual Zero Prostate Cancer Run to raise awareness and funds for research. Call your nearest office to schedule an appointment today.

What is Prostate Cancer?

As the name implies, prostate cancer begins in your prostate — the small, walnut-sized gland in your reproductive system that makes seminal fluid to nourish and transport sperm. Your prostate is located just below your bladder and extends all the way around your urethra, the tube that carries urine from your bladder out through your penis.

Because prostate cancer tends to grow slowly, it often remains localized in the gland itself, where it’s less likely to cause serious harm. However, when it grows more aggressively, it may spread to bones or through the lymphatic system.

Am I at Risk for Prostate Cancer?

What are the Symptoms of Prostate Cancer?

Prostate cancer is usually asymptomatic in its early, most treatable stage. When symptoms do emerge, they often mimic those caused by an enlarged prostate or benign prostate growth. Common symptoms include:

If you’re experiencing any of these symptoms, schedule a visit with a physician at Associated Urologists of North Carolina as soon as possible.

They can diagnose the cause of your symptoms using a biopsy, a small sample of tissue from your prostate. Genetic testing on the biopsy specimen can provide information specific to each prostate cancer patient.

The team can also use an advanced technology called multiparametric MRI (mpMRI). This safe, noninvasive technique uses magnetic energy with radio waves to produce detailed images of your prostate gland. If suspicious lesion is identified on MRI, the area can be targeted by performing an MRI fusion prostate biopsy.

How is Prostate Cancer Treated?

Prostate cancer may be the second leading cause of cancer deaths for men, but the disease is highly treatable in its early stages. Your personal treatment plan depends on the stage of your cancer, how fast it appears to be growing, and whether or not it has spread.

However, there are potential side effects to androgen deprivation therapy, including:

Surgery for prostate cancer involves removing the prostate gland, which is called a radical prostatectomy. There are various methods of carrying out this procedure, but the surgeons at Associated Urologists of North Carolina specialize in robotic prostatectomy.